Learning to walk into a healthy life

After “Starting off on the right paw”, it is time to start to establish the puppy or kitten’s own immune response to the infections they will be exposed to during their life. This means vaccinations at set intervals established by the manufacturers approvedby the USDA (the federal regulator of vaccines). Except for some certain special circumstances, most vaccines are started at 8 weeks of age and will need to be given every 3-4 weeks until 4 months of age.

The timing of the vaccines are based on the way a majority of animals develop the protective level against the diseases we vaccinate for. After a vaccine injection is given, the level of antibody response increases over two weeks and then starts to decrease. When the second dose is given at 3-4 weeks, the immune cells kick into high gear to produce an even more intense response to the vaccination thus giving the animal a protection that should last for a year. Sounds simple right? One hic-cup though is the antibodies that the kitten or puppy got in the colostrum after birth can interfere with the young animal’s ability to respond to the vaccination and since most people adopt a pet thatthey haven’t know since birth, we don’t know how well the mother was protected before delivering or how much colostrum was passed on. Therefore three injections are usually needed to ensure the required protection of the core vaccines (8, 12, 16 weeks on average). If an animal doesn’t have history and is over 4 months old when it starts, two doses are needed.

Vaccinating less than two weeks apart doesn’t protect any better since it is the gap between first and second exposure that tells the body to produce the larger response the second and third time. The same goes for if the vaccination is too far apart (over 6 weeks per immunologists) as the level from the first injection may drop down too much to give the large response needed to last the whole year.

It should be noted some vaccinations only need one dose to last the year: Bordetella intranasal (up the nose) or oral (by mouth) and Rabies which is required by 5 months of age by the State of Wisconsin in dogs and City of Appleton in cats.

On Monday, August 30th, we will return to Curbside Only Service.

Due to the rising COVID cases and the extremely limited human hospital capacity in Outagamie County, we have decided it is in the best interest of our dedicated Team to return to Curbside Only Service.

We did not make this decision lightly. We have done so to ensure the healthiest environment that we can provide to our Team so that they can take care of your beloved family pets.

Please be patient as we make these changes. This Team has worked tirelessly for your pets through this pandemic and we want to continue doing so.

Thank you for your understanding and patience. 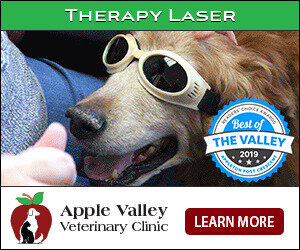